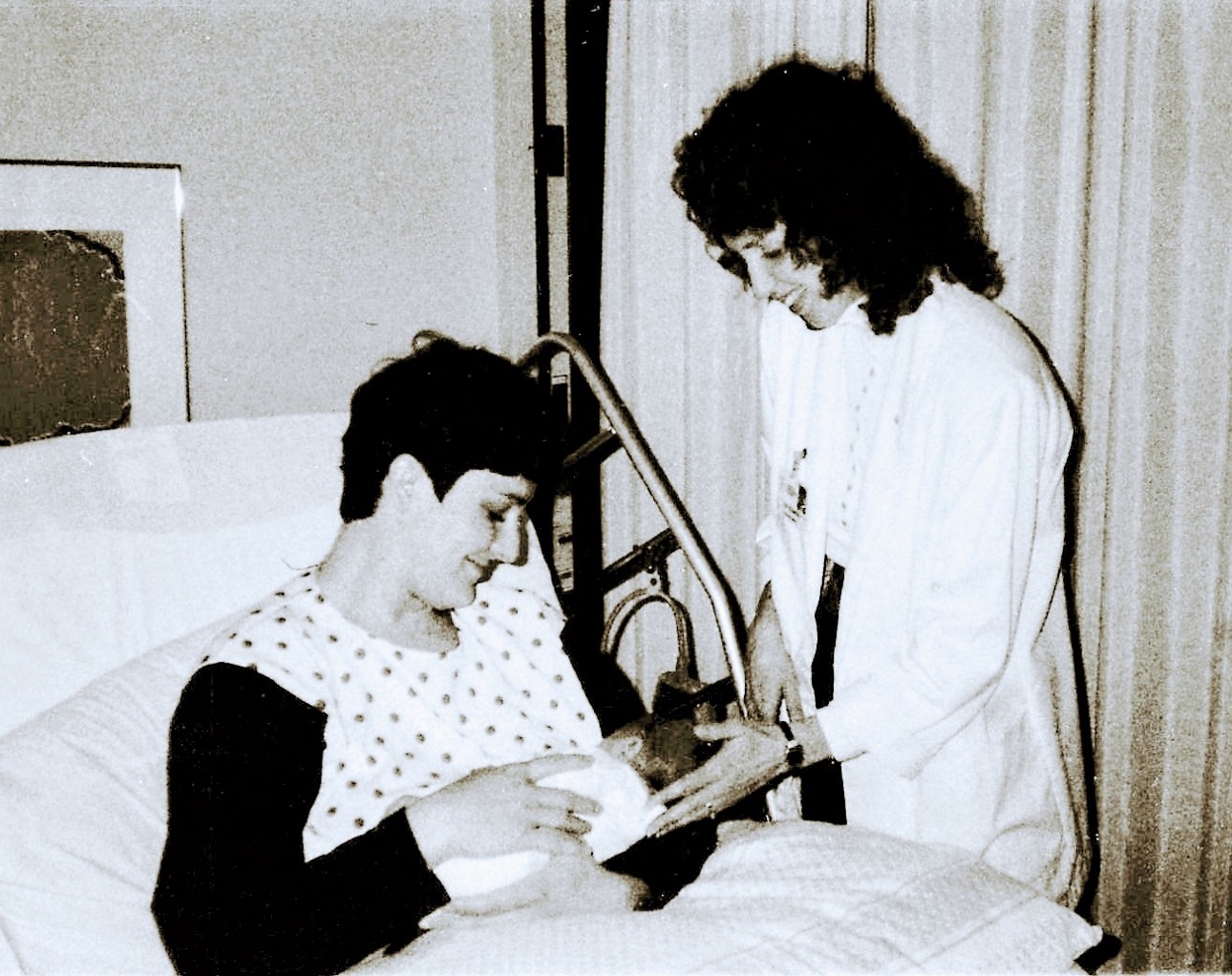 Betsy helping a new mother at Massillon Community Hospital in 1992

The concept for The Breastfeeding Center was born in 1985 after the birth of Elizabeth “Betsy” Studer’s third baby. She realized that support was minimal for breastfeeding mothers in the hospital and community.

In the spring of 1985 there were no breastfeeding classes in her area and the field of lactation consultanting did not exist. Having worked as an RN in staff development the previous 5 years she asked Aultman Hospital in Canton, Ohio if she could teach a prenatal breastfeeding class. They agreed and in 1986 she began teaching the first breastfeeding class in Stark County. Soon after she learned that the International Board Certified Lactation Consultant (IBCLC) health care profession was recently created. Desiring a career change she knew this was what she wanted to do and in 1987 Betsy was part of the third class to sit the exam. She passed and became one of the first IBCLC’s in Stark County!

Betsy has been helping mothers and babies breastfeed ever since. For 19 years Betsy had a private practice and worked as a lactation consultant at Massillon Community Hospital. She continued to teach breastfeeding classes at both Massillon and Aultman hospital. In 2003 she began the first breastfeeding mom’s group in NE Ohio at Aultman Hospital and named it Mother’s Breastfeeding Connection. After the sudden death of her husband Steve in 2004 she decided to pursue her lifelong dream of opening a brick & mortar breastfeeding center. In October of that year she purchased a home zoned commercial and spent 20 months remodeling it. In 2006 The Breastfeeding Center, LLC at 2800 Lincoln Way East in Massillon, OH opened on June 28th. A dream come true!

Betsy received a Bachelor of Science in Nursing from The Ohio State University and her Master of Science in Nursing from The University of Akron. She is an Advanced Practice Registered Nurse and has worked in various roles as a Registered Nurse, served as President of the Ohio Lactation Consultant Association and was their Conference Coordinator for nine years. Betsy is the proud mother/grandmother of four children, three daughter-in-laws and 6 grandchildren.